Can someone give Kathryn the B-I-T-C-H award. She sat through her friend Jennifer telling her how afraid she was for her son’s life and the cold hearted bitch showed no emotion at all. And now she wants to be upset because Jennifer invited Thomas and not her to a party. Since Kathryn’s main focus is getting back her kids, she can’t stay mad at her former BFF. She has gone to meet Kensie’s godparents who she has shamelessly mistreated in the past to tell them that Thomas has reached out and she’s thinking of meeting him .  Oh Lord I can’t wait for her to find out about Landon and Thomas. Someone’s ass gonna get torched.

Talking about Landon, she’s having tea with her matchmaker, Patricia. Of course their main topic was Thomas.  We litteraly had the senior golddigger giving tips to the golddigger wanna-be. If Thomas makes the mistake of marrying her just to spite Kathryn, he better not be foolish and ask the future Mrs Ravenel to sign a prenup. As much as Landon is sweet, she is not financially independent. She cannot give herself that good life therefore Shep or Thomas are good targets. I’m surprised she has not tried to get with Withney though. I guess no golddigers for Patty’s son… 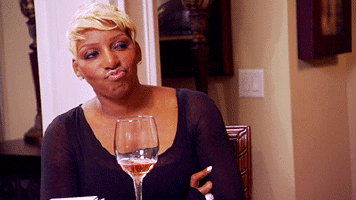 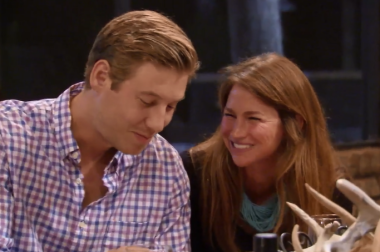 At the getaway Landon didn’t seem able to focus on the rich dude…She was all over Austen! She loves young and dumb men with no dollars in their pockets but she wants the high class kind of life. Not enough lessons with Dame Patricia I guess. Shep, who has his eyes on anything related to Chelsea and Austen, noticed how close Landon and Austen were.

Probably hoping Cameron would put her matchmaker hat again, Shep made sure she was aware of Landon’s behavior toward Austen. I wonder if Chelsea also saw something worrisome. Landon was touchy touchy and giggling! This girl knows how to get herself in a love triangle.

Now on to Craig and Naomie who are having issues. Craig feels like his partner is gossiping about him and their relationship. Naomie feels like she has done nothing wrong and she is demanding an apology for the way she has been spoken to. I think what Naomie is failing to understand is the fact that these people she’s conversing with LOVE to criticize Craig, they do not miss an opportunity.

By giving these “friends” information, she’s actually giving them ammunitions against him. However, Craig has no right to diminush his girlfriend. Calling her a child, a spoiled brat is a no-no especially when that “child’s” parents are the ones providing you with a home. Maybe that’s where the anger stems from. He is jobless with no purpose and his woman is actually right on track with her life.

In the end, they all had a good time. Naomie and Craig didn’t argue ! Shep started drinking again maybe because he can see in front of his eyes, lovely Chelsea with the younger version of him. It has to sting to not be picked. Chelsea appears to have gotten laid. Bra and pants on the couch. Hmmm. However, she told Austen she doesn’t want to be in a serious relationship. Oh this girl plays games and I love it but she should be careful since Landon is single…